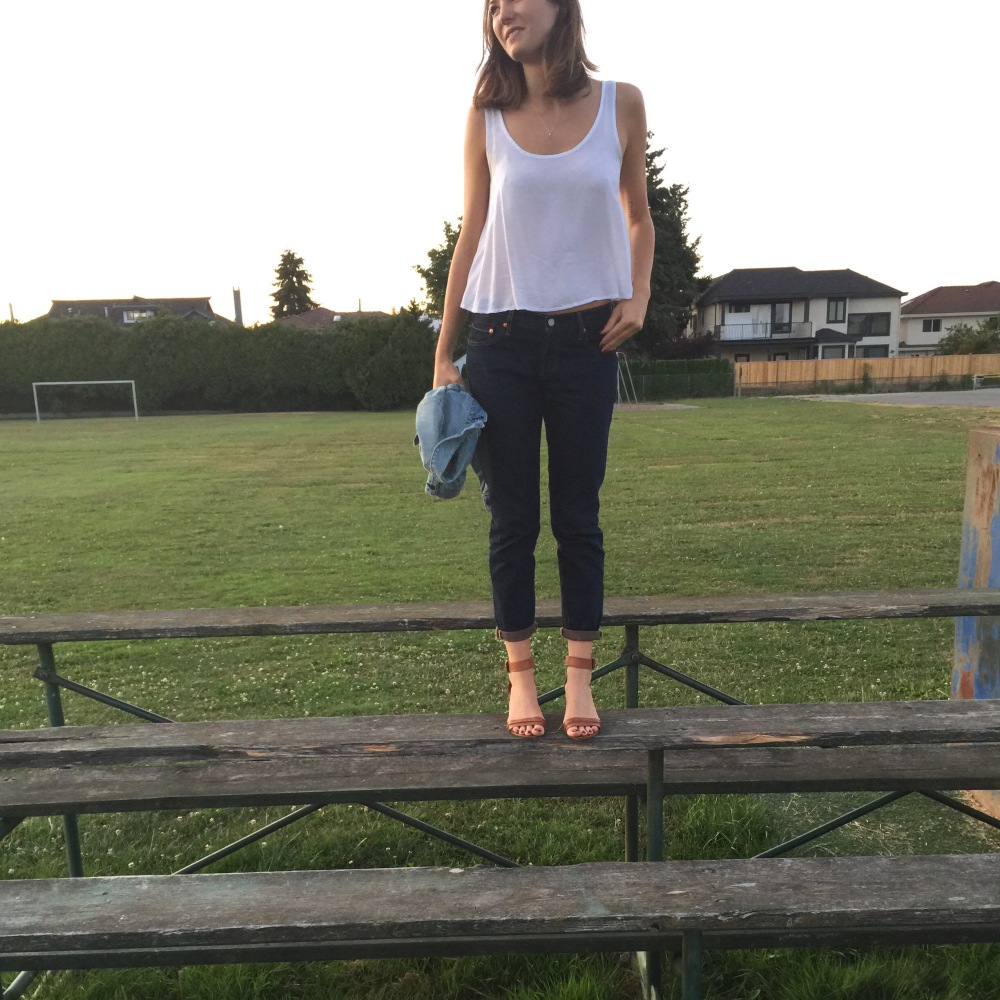 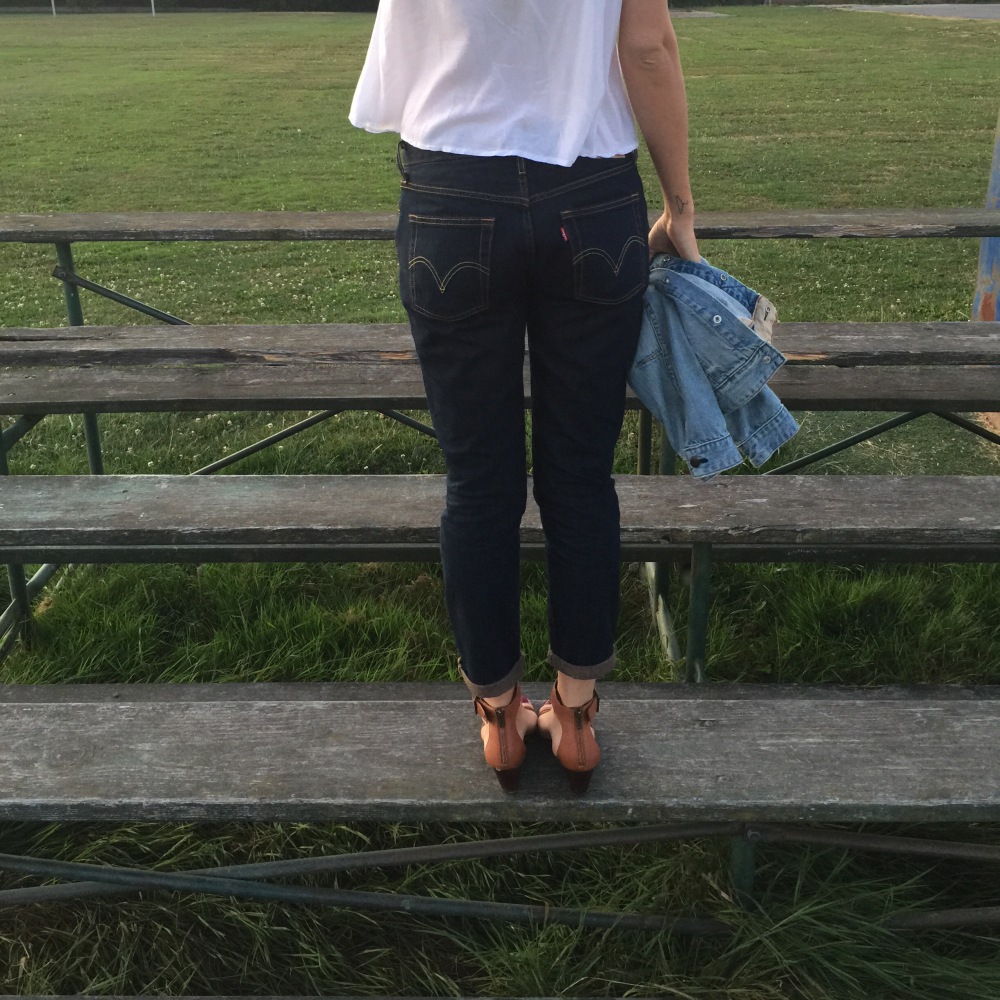 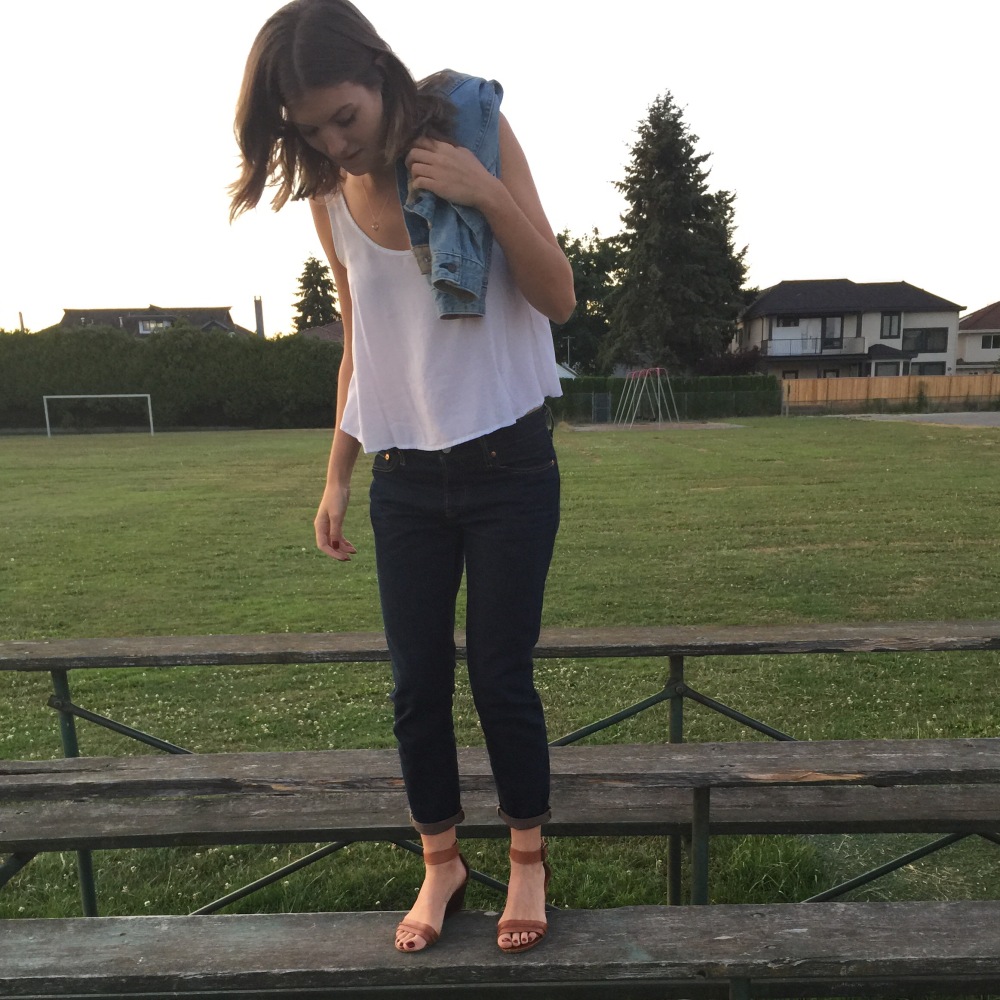 I’ve been looking for a good pair of boyfriend jeans for the past few months, but nothing stood out until I found these Levi’s. However, in order to find them I made the mistake of going to the new Designer Outlets at YVR on opening day. It was packed and traffic was ridiculous. Flights even got delayed since people couldn’t get to the airport due to the crazy amount of cars headed to the outlet mall! I only spent about half an hour walking around and went into the Levi’s store since it wasn’t too busy. There were line ups outside of a ton of stores, especially fancier ones. They built a whole new destination over there, and some good restaurants are at the outlet too. I’ll probably venture back once the crowds have thinned.

Of course my size was sold out but I helped an overwhelmed associate change a mannequin (thank you!) so I could buy these pants it was wearing. Sometimes working a little retail magic can get you a long way, since they were a good deal.

I think the biggest thing for me was finding a pair that was the right size on the waist, skimmed nicely over my butt and then was mostly loose further down. I really like them paired with heels since it dresses them up and minimizes frumpiness. Showing a tiny sliver of skin with a slightly cropped top also makes the look a little less heavy and more feminine.

Jeans: Levi (mine were half this price so guess the outlet was worth it!), Top: Forever 21, Shoes: Steve Madden (similar), Denim Jacket: Gap Kids

Toronto born and raised, living in Vancouver. Usually the tallest girl in the room. Pant hater on most occasions.
%d bloggers like this: